Are you interested for writing in my blog? if yes , then you are welcome. You writes anything about remote sensing & Geographical information System.

Such as you can writes about different GIS  related software , working method, working tricks etc.
By Amanat - July 13, 2020 14 comments:

This is the last post from my blog. Thanks with me for last seven years. Though out these years your love, support encourage me. Today i am fail again, this is five times not getting admission in research study. 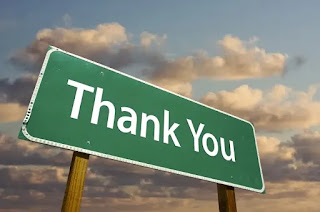 Now I think, it is time to figure out whats wrong with me. G.I.S and Remote sensing one of the my favorite subject, so that i have little bit interest in this subject. once again Thanks all to my supporter and follower. If i will successful, then i will return again..
“Be grateful for what you already have while you pursue your goals. If you aren’t grateful for what you already have, what makes you think you would be happy with more.” —Roy T. Bennett

Microsoft Office 2007 (codenamed Office 12) is a version of Microsoft Office, a family of office suites and productivity software for Windows, developed and published by Microsoft. It was released to manufacturing on November 3, 2006; it was subsequently made available to volume license customers on November 30, 2006, and later to retail on January 30, 2007, the same respective release dates of Windows Vista. It was preceded by Office 2003 and succeeded by Office 2010. Office 2007 introduced a new graphical user interface called the Fluent User Interface, which uses ribbons and an Office menu instead of menu bars and toolbars. Office 2007 also introduced Office Open XML file formats as the default file formats in Excel, PowerPoint, and Word. The new formats are intended to facilitate the sharing of information between programs, improve security, reduce the size of documents, and enable new recovery scenarios. Office 2007 requires Windows XP with Service Pack 2, Windows Server 2003 with Service Pack 1, or a later version of Windows; it is the last version of Microsoft Office to run on Windows XP Professional x64 Edition. Office 2007 includes new applications and server-side tools, including Microsoft Office Groove, a collaboration and communication suite for smaller businesses, which was originally developed by Groove Networks before being acquired by Microsoft in 2005. Also included is Office SharePoint Server 2007, a major revision to the server platform for Office applications, which supports Excel Services, a client-server architecture for supporting Excel workbooks that are shared in real time between multiple machines, and are also viewable and editable through a web page.

With Microsoft FrontPage discontinued, Microsoft SharePoint Designer, which is aimed towards development of SharePoint portals, becomes part of the Office 2007 family. Its designer-oriented counterpart, Microsoft Expression Web, is targeted for general web development. However, neither application has been included in Office 2007 software suites. Speech recognition functionality has been removed from the individual programs in the Office 2007 suite, as Windows Speech Recognition was integrated into Windows Vista. Windows XP users must install a previous version of Office to use speech recognition features. According to Forrester Research, as of May 2010, Microsoft Office 2007 is used in 81% of enterprises it surveyed (its sample comprising 115 North American and European enterprise and SMB decision makers).
Mainstream support for Office 2007 ended on October 9, 2012, and extended support ended on October 10, 2017.
Download Link:
Installer + Crack
By Amanat - April 03, 2020 9 comments:

Email ThisBlogThis!Share to TwitterShare to FacebookShare to Pinterest
Labels: Others, Windows 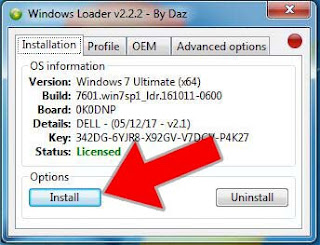 It seems illegal because it activates windows free without buying the license copy from Microsoft. But you can’t say its 100% illegal it is just a loop in Windows OS which is from the beginning and they haven’t fixed it yet.
Windows Loader replaces the original files from the Computer which uses to think windows that it is an original copy. It is mostly used to Activate Windows 7 not only Professional but all the versions which Microsoft Launched.
Download Link:
Installer

Nitro Pro is a PDF creation and editing tool that actually looks and feels like a real office application. In essence, editing encompasses everything you'd dream about a PDF. Original text can be edited whether or not you have the original font. You can add and extract pictures, you have control over the header and footer and more.
Nitro Pro encourages collaboration. Setting up an account enables you to share a document on the cloud with others. Moreover, applying custom stamps to a document allows clear versioning of your documents for when they're sent back and forth. 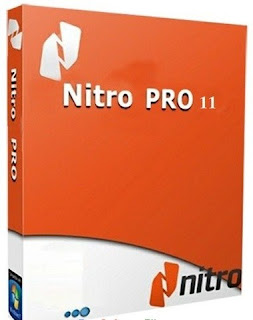 Converting a written document or a spreadsheet is easily done by dragging and dropping the file into Nitro Pro. Not only that, but there's also good integration with the MS Office suite. You can accept to add a Nitro Pro tab in each Office program. From there you can export the current document and also send it via email fast and easy.
Features

Security is taken care of, you can embed a password to a file and also use security certificates.
On the interactive side, there's an entire tab dedicated to form creation. There are buttons, combo boxes, text fields, everything is there. As a bonus you can use JavaScript files to handle the form processing. Nitro Pro is a solid PDF editor that shines when used in collaboration with other users. The PDF format is a universal standard and having a professional tool for creation and editing is a must in the enterprise environment or for respectable publishing work.

Email ThisBlogThis!Share to TwitterShare to FacebookShare to Pinterest
Labels: Windows

R is a programming language and free software environment for statistical computing and graphics supported by the R Foundation for Statistical Computing.The R language is widely used among statisticians and data miners for developing statistical software and data analysis. Polls, data mining surveys, and studies of scholarly literature databases show substantial increases in popularity;as of October 2019, R ranks 15th in the TIOBE index, a measure of popularity of programming languages. 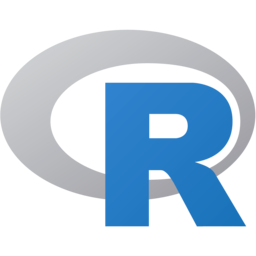 A GNU package, source code for the R software environment is written primarily in C, Fortran, and R itself and is freely available under the GNU General Public License. Pre-compiled binary versions are provided for various operating systems. Although R has a command line interface, there are several graphical user interfaces, such as RStudio, an integrated development environment.
Download Link:
Installer For Windows
By GIS Hacker - October 18, 2019 7 comments:

Email ThisBlogThis!Share to TwitterShare to FacebookShare to Pinterest
Labels: Statistics

Every version of each package undergoes a rigorous moderation process before it goes live that typically includes:
Binary packages (installers) are available from this page.
The current version is QGIS 3.6.0 'Noosa' and was released on 22.02.2019.
The long-term repositories currently offer QGIS 3.4.5 'Madeira'.
QGIS is available on Windows, MacOS X, Linux and Android.
Download Link:
QGIS Standalone Installer 3.6 (32bit)
QGIS Standalone Installer 3.6 (64bit)
By Amanat - March 13, 2019 6 comments:

Are you interested for writing in my blog? if yes , then you are welcome. You writes anything about remote sensing & Geographical infor...